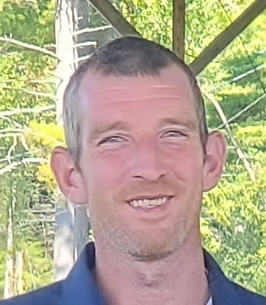 VASSALBORO-Christopher Burleigh Oxley, 35, passed away June 13, 2022. He was born September 3, 1986, son of Michael and Carol (Queener) Oxley.
Chris grew up in Vassalboro and graduated from Erskine Academy in the class of 2005.
Chris was the epitome of a hardworking man; he also knew how to appreciate the simple pleasures in life. He was a true Mainer who enjoyed annual camping trips to Millinocket, hiking (especially Mt. Katahdin), floating down the Penobscot with friends and family on makeshift floats, fishing and hunting. He had appetite for adventure and was very passionate about skydiving. Chris made numerous jumps to be a certified solo sky-diver, of which he accomplished and was very proud of.
Chris will be remembered as a genuine, old soul with a heart of gold. He had tremendous love for family and unconditional willingness to help anyone with anything. He impacted many people’s lives and made many friends along the way. The ‘Vassies’, you know who you are, were his friends of many years- stay strong. He will be remembered for his smirk and saying, ‘you know it’.
While in high school, Chris began working at the Suga Farm in Vassalboro for 15+ years. He may not have enjoyed the many hours of haying; however, he did adore his cows, especially Cletus. In 2021, he started working at Huhtamaki in Waterville as a Machine Operator. In the short time he worked there, he made many special friends.
Christopher was predeceased by his Nana, Nancy Oxley; and grandfather, Ulysses G. Queener Jr.
He is survived by his mother, Carol Oxley, and his father, Michael D. Oxley; his brothers, Michael R. Oxley, and Justin Oxley and his wife Nancy, along with his sister in law, Shanna Oxley; nieces and nephews, MacKenzie, Connor, Kaila, and Mattis; grandfather, William Oxley-AKA Joe Bud, and grandmother, Richarda Maria Queener; and many special aunts, uncles, and cousins.
A memorial service will be held on Tuesday, June 21st at 11am at Plummer Funeral Home, 983 Ridge Rd., Windsor, ME 04363. A celebration of life will follow at the Boynton-Webber American Legion Post 179, 79 Legion Memorial Dr., South China, ME 04358.