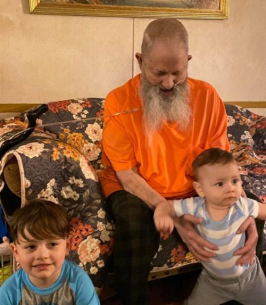 AUGUSTA, MAINE
On Wednesday, April 20, 2022, Harry C. Farrington III, loving husband and father of six children, passed away at age 77 after a long illness.
Harry was born on July 19, 1944, in Augusta, ME to Harry (Bud) Farrington, Jr. and Everill Farrington (née Pendexter). They raised two sons, Harry Farrington and Lawrence Farrington, and three daughters, Linda Prime, Gayle Farrington and Jean Burgess.
Harry had a passion for truck driving and sought a career towards that endeavor. He served as a truck driver for Hillcrest Foods, Inc. of Lewiston, ME for many years and capped his chosen career field with Associated Grocers of Maine, where he worked for 21 years until his retirement at age 65.
He was also an avid outdoorsman, which was fulfilled with adventures in fresh-water fishing and deer hunting.
Harry was preceded in death by his father, Bud, his mother, Everill, his brother, Lawrence and his first wife, Janet Coffman.
He is survived by his wife of 49 years, Carolyn Farrington (née Bagley); his six children, Karen, Barry, Tammy, Lisa, Michael, and Shannon, his sisters Linda, Gayle and Jean, several grandchildren, great-grandchildren, cousins, nieces, and nephews.
Upon Harry’s request, no funeral service will be held. A celebration of life event is being planned for July 2022.
Arrangements by Plummer Funeral Home, 16 Pleasant St., Augusta, ME.