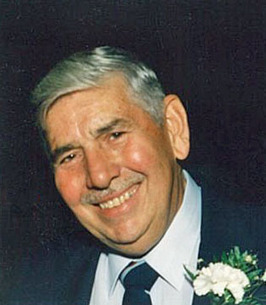 AUGUSTA, MAINE
Joseph Ovila Gilbert, age 94, passed away Wednesday, July 14, 2021, at the Maine Veterans Home in Augusta, following a long illness. He was born in Augusta, ME on April 23, 1927, a son of the late Joseph P. and Aggie (Bonenfant) Gilbert.
Joe was a graduate of Cony High School, class of 1946, and was a communicant of St. Augustine Catholic Church. He was a US Army veteran, serving from 1945 to 1947 and a US Marine Corps veteran, serving from 1950 to 1951.
Joe had been employed by the US Postal Service for 21 years, retiring in 1987. He had previously worked at Bates Mfg. - Edwards Division, and had owned and operated Gilbert’s Amoco Service Station in Augusta for 15 years.
He was a life member of Le Club Calumet, a member of the Marine Corps League, served as paymaster for the Young Marines of Kennebec Valley, Military Honor Guard, Maine Veterans Memorial Cemetery Assoc., Abnaki Council #334 Degree Knights of Columbus, American Legion Post #2, a founder of the Capitol City Rifle & Pistol Club, National Rifle Assoc., Pine Tree State Rifle & Pistol Assoc., International Bench Rest Shooters, International Handgun Metallic Silhouette Assoc., and Sportsman’s Alliance of Maine.
He was a “crack shot” and ranks among the best in benchmark riflery. His honors include 60 state, 9 national championships, and 4 IBS of the Year awards. In 1993, Le Club Calumet and the Maine Legislature recognized Joe for his accomplishments. In 1996, he was inducted into the Maine Sports Hall of Fame. Joe was an avid hunter and in his later years, he became an enthusiastic golfer.
Joe was predeceased by his first wife Jeannine (Turmelle) Gilbert; his second wife Patricia (Bonsant) Laflamme Gilbert; his son Gary Gilbert; brothers Armand, Lionel, Alfred, Richard, and Gerald Gilbert; sisters Jeannette Bonenfant, Anita Guerrette and Sister Theresa Gilbert.
He is survived by his daughter, Joan N. Gilbert and her life partner Wayne of Sidney, as well as many nieces and nephews.
A special thank you and appreciation to Paul Bonenfant, and caregiver Melanie Fenderson. Thank you to Donald and Patricia Guerrette for their continuous support, and to the staff at the Maine Veterans Home in Augusta.
There will be no public visiting hours. A memorial service will be held on Tuesday, August 17th at 11 AM at Plummer Funeral Home, 16 Pleasant St., Augusta. Committal prayers, with military honors, will follow at the old Maine Veterans Memorial Cemetery, Civic Center Dr., Augusta.
In lieu of flowers, donations may be made in Joe’s memory to St. Michael Catholic Parish, 24 Washington St., Augusta, ME.