To share your memory on the wall of Mildred Adams, sign in using one of the following options:

We encourage you to share your most beloved memories of Mildred here, so that the family and other loved ones can always see it. You can upload cherished photographs, or share your favorite stories, and can even comment on those shared by others.

Posted Apr 20, 2021 at 11:01am
Our deepest heartfelt sympathy to everyone. I have the most fond memories of spending lots of summer days with the whole family in Maine. Aunt Money always made us feel welcomed, special and loved. She was a fierce and strong spirit that will resonate, comfort and guide me in the future. She will be missed but never forgotten.... 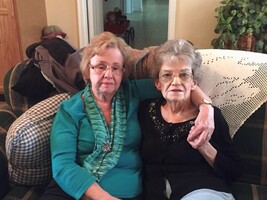