Obituary for Vivan A. "Buddy" French 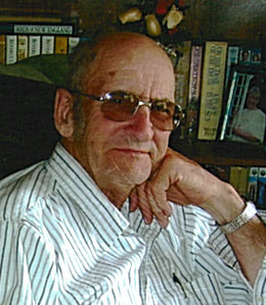 SOUTH CHINA, MAINE
Vivan A. "Buddy" French - age 84, of Tobey Road, died January 1, 2021 at MaineGeneral Rehabilitation and Long Term Care at Glenridge Drive in Augusta, Maine after a brief illness. He was born in China, Maine on Aug. 9, 1936 the son of Roy F. French and Evelyn (York) French.
Prior to his retirement, he was employed by R.C. Moore Trucking, for himself, and many others
He is predeceased by his three sons: Randall, Lawrence Sr., and Keith Sr.; a grandson, Chad, and a brother Percy.
Surviving is his wife, Vernie (Haskell) French of South China, ME; a daughter, Amy Irish and her husband Peter of Vassalboro, ME; two sons: Roy French and his wife Hope and Steven French and his wife Karen, all of South China, ME; four brothers: Leslie French of China, ME, Ivan French and Ronald French, both of Windsor, ME, and Robert French of Fairfield, ME; three sisters: Ruth Stuart of China, ME and Vera McDaniel and Shirley Marston, both of Oakland, ME; two sisters-in-law, Penelope French and Penny French, both of South China, ME; 15 grandchildren, 25 great-grandchildren; two great-great-grandchildren and many nieces, nephews and cousins.
There are no public visiting hours planned. A graveside service will be held in the spring at Chadwick Hill Cemetery, South China, ME.
Arrangements have been entrusted to Plummer Funeral Home, 983 Ridge Road, Windsor, ME.