To share your memory on the wall of Gerald Mahoney, sign in using one of the following options:

We encourage you to share your most beloved memories of Gerald here, so that the family and other loved ones can always see it. You can upload cherished photographs, or share your favorite stories, and can even comment on those shared by others.

Posted Sep 17, 2020 at 03:01pm
Wendy and family, our thoughts and prayers are with you. We miss seeing Gerry pass by our home every day on his walks.

Posted Sep 15, 2020 at 08:44pm
Wendy and family, I am so sorry to hear of Gerry's passing. We thought he had years more of stories to tell, history to research and wisdom to share. Gerry contributed to so many citizen efforts in Hallowell. I worked with him primarily at the Vaughan Woods and Historic Homestead. He always brought such good energy along with a brilliant smile and a good chuckle to anything that needed doing. And anyone who enjoys the Granite City Park by the river with the old crane and the boardwalk has Gerry to thank. He and Al Hague would not rest until that became reality and we all benefit from their persistence and hard work. Thank you Wendy and family for sharing Gerry with us. I am sorry for your loss. He will be missed.
Comment Share
Share via:
GK

Posted Sep 15, 2020 at 08:26am
Gary Koelsch
Gerry and I were on the undefeated Standish High School baseball team in 1958. My brother Ron and Gerry were both left handed pitchers. Gerry was one of the nicest guys I ever knew. My condolences to the family.
Comment Share
Share via: 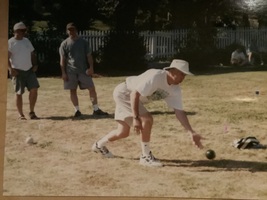 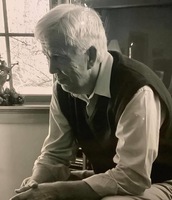