Share this tribute
Memorial Candles Lit for Paul | SEE ALL
Light a Candle
"We are honored to provide this Book of Memories to the family."
— Plummer Funeral Home
Funeral Details Memory Wall Photos & Videos Send Flowers

Print
AUGUSTA, MAINE
Dr. Paul J. Jabar, age 88, died Saturday, November 17, 2018 at the Alfond Center for Health in Augusta following a brief illness. He was born in Waterville, ME on October 14, 1930 a son of the late George M. and Amelia (Nimon) Jabar.
Dr. Jabar was a graduate of Waterville High School. He served in the US Army during the Korean War as a medical corpsman.
Paul graduated from Colby College and earned a masters degree from the University of Maine. He also studied at Boston College and received the prestigious Faulk Fellowship to Michigan State University. He was teacher and basketball coach at Searsport High School in Sullivan, Maine for several years before attending medical school at the University of Vermont.
Paul and his wife Jacquelyn settled in Augusta in 1971 where he practiced as an ear, nose and throat specialist and surgeon for 25 years. He was a communicant of St. Mary of the Assumption Catholic Church.
Paul loved to reminisce about his happy childhood in a large close- knit family and community in Head of Falls, Waterville. He excelled in academics, was a gifted athlete and an avid sports fan his entire life. He especially enjoyed Monday Night Football traditions with his brothers and nephews.
Paul was a devoted family man. He was dedicated to his wife and daughters, and was a loyal brother and son. He loved family parties with food, music and dancing. He enjoyed summers in Belgrade Lakes, especially regular fishing nights with family.
Paul will be most remembered for his silly and jovial nature and quiet generosity. He was always willing to help anyone in need. He freely made countless house- calls to friends and family. He loved lively debates about politics, philosophy and religion. He will be deeply missed by all who knew him.
He was pre-deceased by his wife of 59 years, Jacquelyn G. (Goodale) Jabar; a brother, Herbert Jabar and a sister, Theresa Lee.
Dr. Jabar is survived by his four daughters and their spouses: Susan Campbell and Kevin of Centerville, VA, Tina Veilleux and Richard of Portland, Catherine Jabar-Dolloff and Priya of Rio Rancho, NM, and Dianne Jabar and Matthew Messier of Burlington, VT; four grandchildren: Lucienne and Natalie Veilleux, Lily Campbell, and Lennon Jabar-Dolloff. Other surviving relatives include his brothers: Norman Jabar of South Portland, Anthony Jabar of Florida, John Jabar and Joseph Jabar both of Waterville; his sister, Regina Santos of Waterville and many beloved nieces and nephews.
Paul’s family is grateful for the loving care he received from his home caregivers Penny, Cecile and Colleen.
Relatives and friends may visit on Friday, November 23rd from 3-6 PM at Plummer Funeral Home, 16 Pleasant St., Augusta. A Mass of Christian Burial will be celebrated Saturday, November 24th at 9 AM at St. Mary of the Assumption Catholic Church, Western Ave., Augusta. Burial will be at a later date in the Maine Veterans Memorial Cemetery, Mt. Vernon Rd., Augusta.
In lieu of flowers, donations may to MaineGeneral Health, at give.mainegeneral.org or to Friends of Messalonskee at FriendsofMessalonskee.com.

We encourage you to share any memorable photos or stories about Paul. All tributes placed on and purchased through this memorial website will remain on in perpetuity for future generations.

AM
Dianne and family,

My sincere condolences to you all during this sad time. I know how difficult it is to say goodbye to loved ones. You were truly blessed to have had such loving parents, and you honored both in the care you provided. May God comfort and bless you and give you His peace.

Much love and prayers,
Ann

With dearest sympathy, and most fond memories.
Anne Dattilo - Thursday November 22, 2018 via Heartfelt Sympathies
Share This: 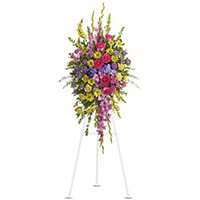 Sending our love and prayers.
The Campbell Family - Wednesday November 21, 2018 via Heartfelt Sympathies
Share This:

Susan and family we are thinking of you all during this time. Your dad was a pleasure to chat with when we visited Maine and stayed at camp. All of your friends send you Love.
RANGERS (John/Robin Jim/Natalie Debster/Jay) - Wednesday November 21, 2018 via Heartfelt Sympathies
Share This:

WM
As a fellow Ear, Nose, and Throat surgeon who new Paul many years ago, allow me to offer my sincere condolences to you, his family and loved ones.
William Chasse, MD - Tuesday November 20, 2018 via Condolence Message
Share This:

C
To Paul's family
I am so sorry for your loss.
I only knew Paul for a short time, but I thoroughly enjoyed him. Paul had this twinkle in his eye when telling a story he always seem to make me giggle or smile he will be sadly missed
Colleen Messina - Tuesday November 20, 2018 via Condolence Message
Share This:

D
To the Family, so sorry for your loss. Hope you will be comforted in knowing that Paul has the prospect of being resurrected, healthy (in the flesh), to Paradise Earth just as Jehovah God has promised. In fact , the vast majority will enjoy everlasting life right here on earth as God had intended from the beginning. God's Kingdom will do this under the rule of Jesus Christ. READ John 5:28, 29, Job 14:14, 15,Psalms 37:29,Matthew 6:9,10, Matthew 5:5 and Revelation 21:2-4
DW - Monday November 19, 2018 via Condolence Message
Share This:
1
Page 1 of 1
Share
×

Thank you for sharing!

Provide comfort for the family by sending flowers.

Or use your email:

Share on Facebook
Send flowers to the family
Choose from beautiful standing, table and basket arrangements. Safe and secure online ordering.
View Flower Arrangements
What has already been purchased for the family?
Subscribe to Updates

Connect with families at their time of loss. By subscribing to email updates, you will receive two daily updates containing all new stories, photos, candle lightings, condolences, and more.