In Memory of
Maynard R. "Bob"
Young III
1947 - 2016
Click above to light a memorial candle.
Memorial Candle Tribute From
Plummer Funeral Home
"We are honored to provide this Book of Memories to the family."
View full message >>>
Send Flowers
Menu

In the event that there is an error
in the information presented,
please contact the funeral
home by clicking here. 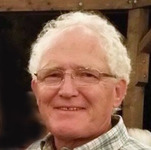 BRISTOL, MAINE
Maynard R. “Bob” Young III - age 68, of Bristol, ME, died March 17, 2016 at Androscoggin Home Care & Hospice in Auburn, ME after a brief illness. He was born in Augusta, ME on Sept. 1, 1947 the son of Maynard R. Young, Jr. and Virginia (Pinkham) Young.
He was a graduate of Cony High School of Augusta, and the University of Maine at Orono where he received his Masters degree and Certificate of Advanced Study in Education. Bob served honorably as a Lance Corporal in the U.S. Marine Corps during the Vietnam War for which he received a Purple Heart.
Prior to his retirement, Bob was employed by the City of Belfast (Maine) as Superintendent of Schools. He was previously employed as Superintendent of Schools for the School Union for the towns of West Bath, Georgetown, Phippsburg, and Arrowsic (Maine); by the City of Augusta as principal of Cony High School; by the Town of Richmond (Maine) as Principal of Richmond High School; and by Erskine Academy in China, ME as a guidance counselor.
He was predeceased by his parents.
Surviving are his wife, Louise (Dumont) Young of Bristol, ME; one daughter, Katherine Young Fergus of Andover, MA; two sons: Christopher R. Young and wife Julie of Marlborough, MA, and Jason A. Young and wife Elizabeth, also of Marlborough, MA; seven grandchildren: Alex (age 15), Maddie (13), Matthew (13), Thea (11), Ryan (11), Elyse (9), and Giada (8); three sisters: Sally Hill and husband George of Dayton, ME; Shannon Young of Santa Fe, NM; and Kelly Bruhn and husband Mark of Kittredge, CO; several nieces and nephews; his aunt and uncle, Elaine and Eugene Paquin of South Carolina, and his beloved dog and best friend, Cooper.
Friends may visit from 2-4 & 6-8 PM on Tuesday March 22nd at Plummer Funeral Home, 16 Pleasant St., Augusta, ME. A Mass of Christian Burial will be celebrated 11 AM Wednesday March 23rd at St. Augustine Catholic Church, Augusta, ME. Committal prayers with military honors will follow at 12:00 PM in the chapel at Maine Veterans Memorial Cemetery, 163 Mt. Vernon Road, Augusta, ME.
In lieu of flowers and gifts, donations may be made to: Maynard “Bob” Young Memorial Scholarship Fund, PO Box 188, Bristol, ME, 04539. This scholarship will support graduating seniors interested in pursing education as a field of study.