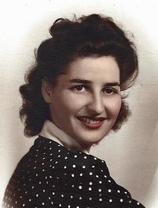 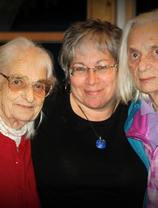 Memorial Candle Tribute From
Plummer Funeral Home
"We are honored to provide this Book of Memories to the family."
View full message >>>
In Memory of
Thelma G.
Young
1921 - 2014
Menu
Send Flowers

WINDSOR, MAINE
Thelma G. Young, 93, of Windsor, passed away peacefully on April 17, 2014 at MaineGeneral Medical Center in Augusta, ME.
Thelma was born in Portsmouth, NH on January 14, 1921, to George and Fanny (Zeeb) Gruber. She was raised on her family’s farm in Augusta, Maine, along with her siblings, Martha, Robert, Milton and Pauline.
Thelma graduated from Cony High School in 1939. In 1944, she married Stanley Young and they raised their two children in Augusta. Thelma was a homemaker while her husband ran his business, Wyman and Young. In 1966, they moved to Windsor where they had a small farm and owned racehorses. Thelma had a deep love for animals and a passion for gardening. She took great pride in her vegetable and flower gardens. She loved her family, and was a wonderful example of a dedicated wife, mother, grandmother and great-grandmother.
Thelma was predeceased by her husband, parents, siblings and her daughter, Paula J. (Young) Buotte.
She is survived by her son, David S. Young, of Mount Vernon, ME, her grandchildren who loved her dearly, Peter J. Buotte of Augusta, Karen A. Holmes, of Cape Elizabeth, Allan D. Buotte of Old Orchard Beach and Stephanie L. Grenier, of Augusta, four great-grandchildren, Joshua D. Grenier of San Antonio, TX, Taryn A. Grenier of Augusta, and Lauren A. Holmes and Nathaniel S. Holmes of Cape Elizabeth, and two nieces and one nephew.
The family wishes to express their gratitude to the staff at MaineGeneral who cared for her lovingly during her final days, as well as to two very special caregivers, Linda Edwards and Marie “Belle” White, who were blessings in Thelma’s life.
There will be no funeral, however, a family burial service will be held this summer at Maine Veterans Memorial Cemetery. In lieu of flowers, donations can be made to the Kennebec Valley Humane Society, 10 Pet Haven Lane, Augusta, ME 04330.
Arrangements are in the care of Plummer Funeral Home, 16 Pleasant St., Augusta, ME.
Order Flowers
Printable
Share on Facebook