Memorial Candle Tribute From
Plummer Funeral Home
"We are honored to provide this Book of Memories to the family."
View full message >>>
In Memory of
Janet S.
Ivey
2011
Menu
Send Flowers 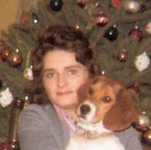 AUGUSTA, MAINE
Janet S. Ivey, age 66, died Saturday, July 23, 2011 at her home following a long illness. She was born in Manhattan, NY on January 2, 1945 the daughter of Earl and Thelma (Terris) Russell.
Mrs. Ivey was pre-deceased by her mother, Thelma (Terris) Russell and her father, Earl Russell.
She is survived by her husband of 41 years, Lynn Ivey of Augusta, her brother, Earl Russell of Pine Grove, CA; two daughters: Lynne E. Labonte and her husband Rodney of Hermon and Kelley Storey of Gray; six grandchildren, three great-grandchildren as well as several nieces, nephews and cousins.
A gathering of family and friends will be held on Friday, July 29th from 2-4 PM at Plummer Funeral Home, 16 Pleasant St., Augusta.
Those who desire may make donations to: The HSUS, Dept MEMIT9, 2100 L St. NW, Washington, DC, 20037. Please make your checks payable to The HSUS.
Order Flowers
Printable
Share on Facebook